It’s been two months since the beloved actor Sushant Singh Rajput was found dead at his apartment. The mystery behind his death is still unsolved. The netizens from all over the world had started the moment of #JusticeforSSR. The CBI probe has revealed many new twists and turns into his death. Better late than never, Bollywood unites for Sushant Singh Rajput. Many celebrities have shown their support for the late actor through their social media handles.

From Ankita Lokhande to Varun Dhawan, many celebrities have come forward in solidarity for Sushant Singh Rajput. A video uploaded by the sister of Sushant, Shweta Singh Kriti has inspired many Bollywood celebrities to show their support too. Shweta made a video appeal to all the fans for a CBI inquiry for her brother.

The U.S. based sister, Shweta in the clip, Shweta said with folded hands, “I am Sushant Singh Rajput’s sister, Shweta Singh Kirti and I request everyone to stand together and demand a CBI inquiry for Sushant. We deserve to know the truth. We deserve justice for Sushant Singh Rajput. Otherwise, we will never find closure, we won’t be able to live a peaceful life.” After, this many Bollywood celebs came forward for the actor. Have a look at it below. 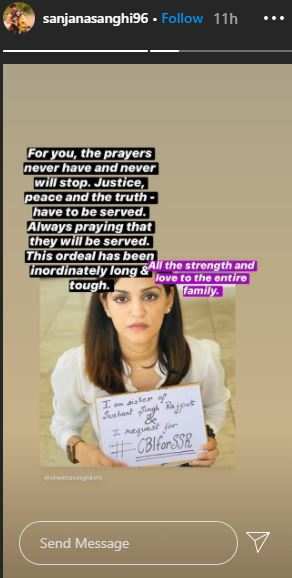 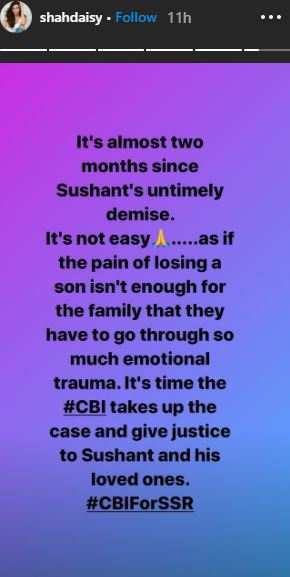 Bollywood unites for Sushant Singh Rajput and joins the movement of #JusticeforSSR. The whole internet is buzzing with posts and Tweets related to the actor every day since he died. Are you in this movement too? Tell us what is your take in the Sushant Singh Rajput case through the comments. Stay tuned to Bollywood Hush for the latest news and updates on your favorite celebrities.